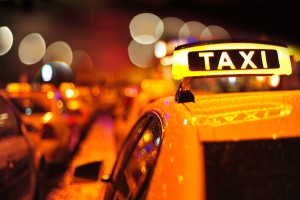 WINNIPEG — Two men are in custody after police say one of them fired a gunshot from a moving taxicab before firing a shot through the cab’s windshield.

The taxi was transporting three people early Sunday morning when the front passenger took out a gun and began waving it around. Police say at one point, he pointed it directly at the driver before firing it from a window in the area of King Street and Selkirk Avenue. All passengers were eventually dropped off at their destination when the passenger fired a shot through the front windshield before exiting the cab. The driver wasn’t injured.

Police descended on a nearby home and took several people into custody. A sawed-off 12 gauge shotgun was seized from another home in the area.

A 24-year-old man and a 19-year-old woman were also arrested for unrelated outstanding warrants.