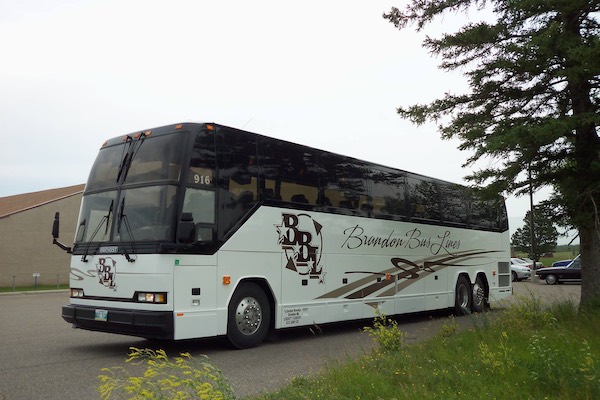 BRANDON, Man. — This is a make-or-break week for a southern Manitoba bus route that began last fall after Greyhound shut down its passenger and cargo routes in most of Western Canada.

Brandon Bus Lines, a charter bus company, has been operating a three-day-a-week run between Winnipeg and Brandon since Nov. 19.

A bus leaves Brandon for Winnipeg on Monday, Wednesday and Friday mornings, followed by a late afternoon return trip, with a one-way ticket costing $50 plus taxes.

Company owner Dennis Hrechka says he’s been patient trying to grow both passenger and parcel business, but ridership hasn’t been enough to make the run self-sustaining.

Hrechka has posted a note on the company’s website which says passenger numbers must increase in order to keep the route in operation after Jan. 18.

The note thanks everyone who has used the service, saying their support is greatly appreciated.

Greyhound wound down all but one of its routes in the West and northern Ontario on Oct 31. Only a U.S.-run route from Seattle to Vancouver remains.

Federal Transport Minister Marc Garneau said at the time that several regional companies had come forward to offer bus services and had taken over 87 per cent of the abandoned Greyhound routes.

Garneau said Ottawa would work with the provinces to come up with alternatives to service the remaining routes.

← Previous: Kitchen Fire in West End Sends One Person to Hospital Next: Woman Killed After Being Hit by Vehicle on Henderson Highway →
Tags: Brandon | Manitoba | Winnipeg