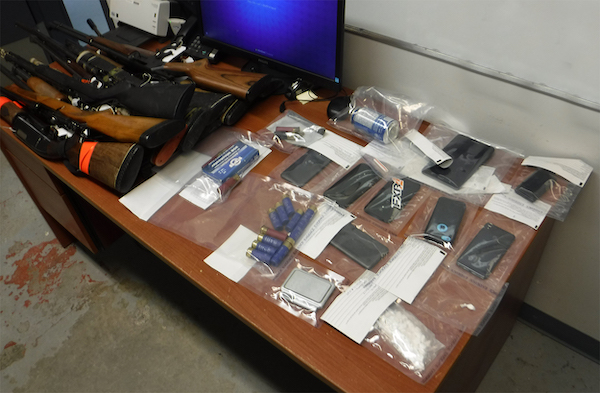 Drugs and weapons seized during a raid on a Split Lake, Manitoba home on January 11, 2019. (RCMP HANDOUT)

Two people from Split Lake, Manitoba have been charged after RCMP found cocaine and weapons in the community.

One of the seized items was a hollowed out soda can, which police believe was used to transport drugs.