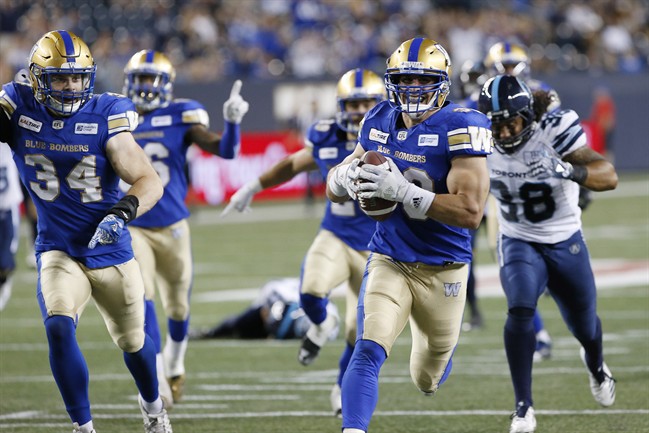 Winnipeg Blue Bombers’ Ian Wild (38) runs in a blocked kick for the touchdown during the second half of CFL action against the Toronto Argonauts in Winnipeg Friday, July 27, 2018. (THE CANADIAN PRESS/John Woods)

The news was first reported on social media Thursday night, with the football club releasing an official statement Friday morning.

“This has been another difficult decision, as Ian has been an integral part of our organization for many years, dating back to 2013,” said general manager Kyle Walters.

“Through all those seasons, Ian was very productive for us and carried himself professionally, leading by his actions through both the good and the bad. We truly appreciate all he has given the organization.”

Wild originally joined the team as a free agent prior to the 2013 regular season.