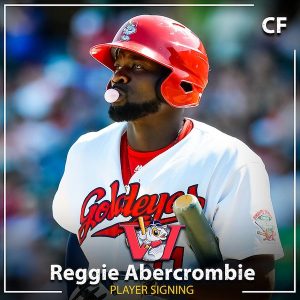 The Winnipeg Goldeyes have brought back one of their most popular sluggers for the 2019 season.

Centre fielder Reggie Abercrombie has been re-signed to the club, making it his sixth season with the Fish.

“I’m glad to have Reggie back,” said Goldeyes’ manager Rick Forney. “He is one of the greatest Goldeyes of all-time, and I’m hoping we can capture one more magical moment together before he calls it a career.”