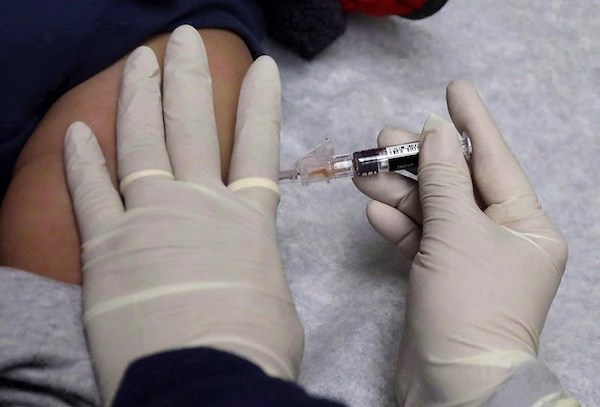 A medical assistant at the Sea Mar Community Health Center gives a patient a flu shot in Seattle on January 11, 2018. (THE CANADIAN PRESS/AP/Ted S. Warren)

TORONTO — Canadian researchers say this season’s influenza vaccine appears to have reduced the risk of infection with the dominate circulating flu strain by 72 per cent — far higher than what was seen with last year’s shot.

Lead researcher Dr. Danuta Skowronski of the BC Centre for Disease Control says that level of protection against H1N1 was observed across all age groups, including children.

Young children have been especially vulnerable to H1N1 this season. The Public Health Agency of Canada says at least seven children under age 10 had died from complications of influenza as of Jan. 12.

Skowronski says the vaccine’s effectiveness in preventing H1N1 infection is comparable to that found by Australia during its most recent flu season.

Australia used the same vaccine components as those given to Canadians and found it to be 78 per cent effective in preventing H1N1 infection among those who were vaccinated.

Skowronski says last season’s flu shot was less than 20 per cent effective in preventing Canadians from getting sick during what turned out to be an H3N2-dominant epidemic.