High-Risk Sex Offender Missing After Being Released from Prison 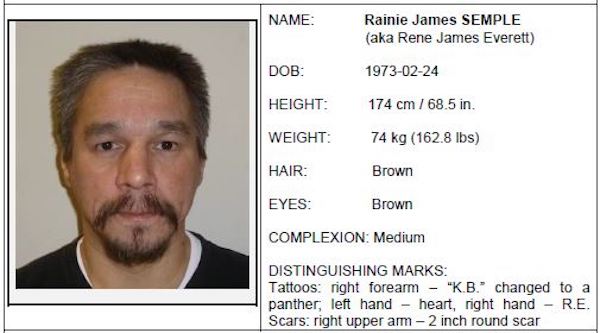 WINNIPEG — Police are trying to locate a high-risk sex offender who was released from jail but is now unlawfully at large.

Police say his whereabouts are unknown after being released from convictions relating to breaching a long-term supervision order. Semple never returned to his place of residence.

Police say Semple has a lengthy history of violent and sexual offences. Although he has participated in some treatment programming in the past, he is still considered at high risk to re-offend in a sexual and/or violent manner. Females are at particular risk.