Manitoba to Announce 2019 Budget on March 7 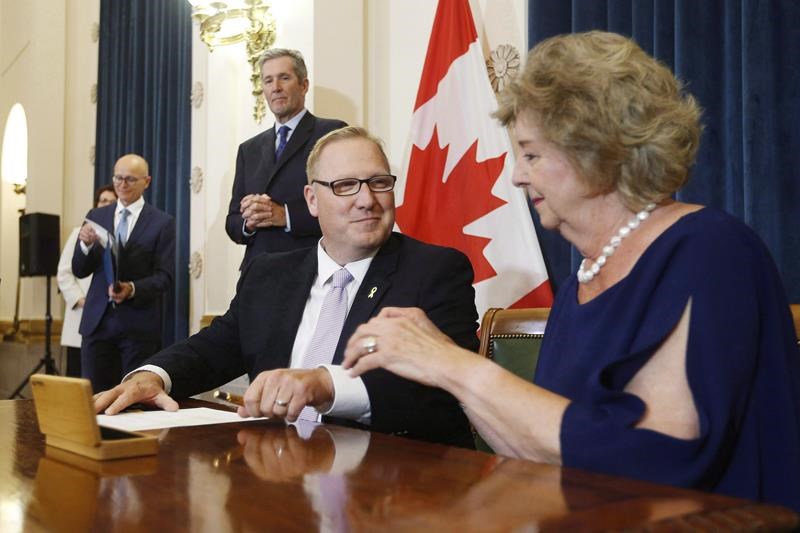 Scott Fielding, MLA for Kirkfield Park, centre signs documents with Lieutenant Governor Janice Filmon after he is sworn into cabinet as the new minister of finance and minister responsible for the civil service during Premier Brian Pallister’s cabinet shuffle announced at the Manitoba Legislature in Winnipeg on August 1, 2018. (THE CANADIAN PRESS/John Woods)

WINNIPEG — The Manitoba government has set a date of Thursday, March 7 for tabling the province’s 2019 budget once the legislature resumes sitting.

“Three years ago, we made a promise to Manitobans to fix the finances, repair services and rebuild the provincial economy,” said Finance Minister Scott Fielding.

“I look forward to updating Manitobans on the significant progress we have made and the next steps we will take to make Manitoba the most improved province in Canada.”

Fielding says the province is committed to balancing the budget in the Pallister government’s second term and reducing the PST to seven percent by 2020.