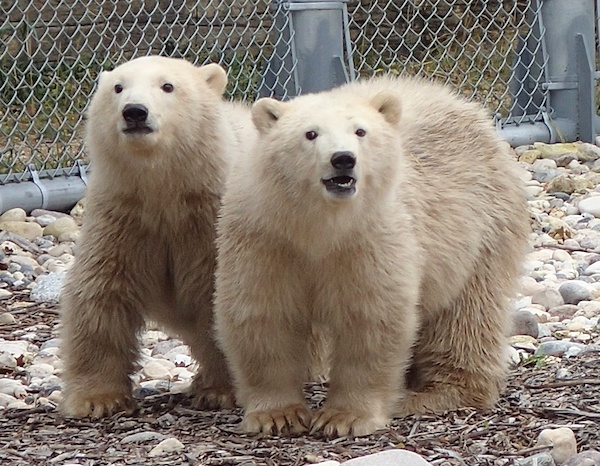 WINNIPEG — A polar bear at the Assiniboine Park Zoo has passed away.

Zoo officials say Blizzard, a male, had lived at the zoo since September 2014 and was five-years-old.

“Blizzard began exhibiting clinical symptoms, including loss of appetite and lethargic behaviour, leading the veterinary team to make the decision 13 days ago to anesthetize him in order to conduct a full assessment of his condition,” the zoo said in a release.

Blizzard was given antibiotics and was said to be doing well, but while reversing the anesthesia, Blizzard experienced respiratory distress and passed away.

The bear was originally transferred to the zoo’s Leatherdale International Polar Bear Conservation Centre with his sister, Star, after they were spotted by helicopter along the Hudson Bay coastline.

“It is always a sad day when we lose one of the beloved animals at the zoo, but a loss under these circumstances is particularly challenging. Blizzard was a beautiful bear and he will be dearly missed by zoo staff, visitors, and volunteers,” said Dr. Chris Enright, director of veterinary services.

Enright says preliminary results from an autopsy show signs of inflammation, fluid in the chest cavity, and some abnormalities in the heart. Further diagnostics are pending.