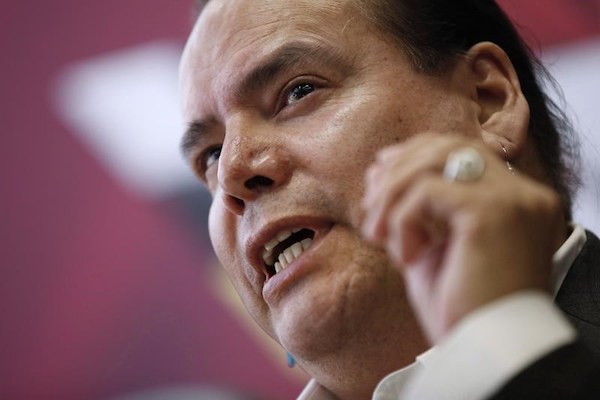 Garrison Settee expects the number could be higher, but says many Indigenous people do not report to police because other alleged assaults linked to Manitoba Hydro projects weren’t taken seriously.

RCMP said last week that officers have conducted nine sexual assault investigations since 2015 at the Keeyask Generating Station and four resulted in charges.

Three other individuals declined to press charges and in two cases the alleged victims declined to participate in the investigation.

Manitoba Hydro says employees who were charged have had their site access to Keeyask revoked.

A report released last year by the province’s Clean Environment Commission — an arm’s-length review agency — outlined discrimination and sexual abuse at Manitoba Hydro work sites in the 1960s and 1970s.

The report said the arrival of a largely male construction workforce led to the sexual abuse of Indigenous women. Some alleged their complaints to RCMP were ignored. The report also said there was racial tension, environmental degradation and an end to the traditional way of life for some Indigenous people.

Settee says a lot of work needs to be done to repair the relationship and trust between First Nations and Manitoba Hydro, especially when it comes to allegations of sexual assault and harassment.

“I question why it takes this long for Indigenous people’s issues to be addressed in a way that is fair,” he said Monday. “All of these things in other societies are dealt with immediately and dealt with to the fullest extent of the law, but that has not been afforded to our people.”

Manitoba Hydro did not comment on the details of any investigations, but spokesman Bruce Owen said in an email that the Crown utility does not tolerate illegal or exploitative behaviour.

Owen pointed to multiple company policies and initiatives, including working with Tracia’s Trust, a Manitoba strategy to address sexual exploitation and to curb harassment and discrimination.

Sustainable Development Minister Rochelle Squires has called the allegations in the commission’s report disturbing and said she referred the issue to the RCMP.

Another report, released in 2017 and looking specifically into the Keeyask station’s workplace culture, found discrimination and harassment targeting Indigenous employees.

One employee said they were being sexually harassed, but were too afraid to do anything because of retaliation.

The four First Nations which are part of the Keeyask Hydroelectric Limited Partnership have repeatedly raised concerns about sexual violence at hydro development sites. York Factory First Nation Chief Leroy Constant has called for an inquiry into Manitoba Hydro’s development in the north.

Settee said there needs to be meaningful engagement between First Nations, the province and the utility.

“The gravity and seriousness of this is something that has been ignored, but now it is coming out and we need to deal with this in a way that people can have justice,” he said.

“But also going forward we have to look at ways we can prevent these things from happening in projects.”