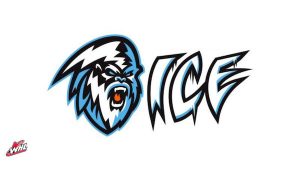 WINNIPEG — The owners of the Western Hockey League’s Kootenay Ice has made it official — they’re moving the team to Winnipeg.

During a news conference, Tuesday in Cranbrook, B.C., the league and team’s owners announced the Ice would make the move in time for the 2019-20 WHL regular season.

WHL commissioner Ron Robison says the team was no longer viable in its current market.

“It is a difficult decision, but given low attendance trends and the support required to operate a WHL club, it is necessary to move the franchise to a market where it can be sustainable on a long-term basis.”

The Kootenay Ice franchise has operated in Cranbrook since 1998, when it was relocated from Edmonton under the ownership of the Chynoweth family. On April 27, 2017, the team’s ownership was transferred to Greg Fettes and Matt Cockell. Fettes is the founder and CEO of Winnipeg-based 24-7 InTouch.

“We understand this will be disappointing news for Cranbrook,” said Cockell, president and GM of the Ice. “Unfortunately, our collective effort failed to achieve the results required to create confidence that the franchise could be viable in this market.”

The Kootenay Ice will play the balance of the 2018-19 WHL season at Western Financial Place in Cranbrook.

The Ice will move to their temporary home at the University of Manitoba’s 1,400-seat Wayne Fleming Arena for two seasons while construction on The RINK takes shape.

The RINK is a site located near McGillivray Boulevard in the RM of Macdonald on the South Landing development.

The Ice will play their inaugural 2019-20 season in Winnipeg beginning in the fall.

Season ticket deposits will be available beginning Wednesday at 9 a.m. at WinnipegIce.ca. A $50 non-refundable deposit will place fans on a priority list for season seat membership and will reserve their place in line for seat selection.

Here are the logos for what will be called the Winnipeg Ice, WHL’s relocation team from Cranbrook, B.C. Formal presser scheduled for 3:30 p.m. pic.twitter.com/157dPAuKvH