Pembina Highway to Temporarily Close Between Jubilee and Stafford 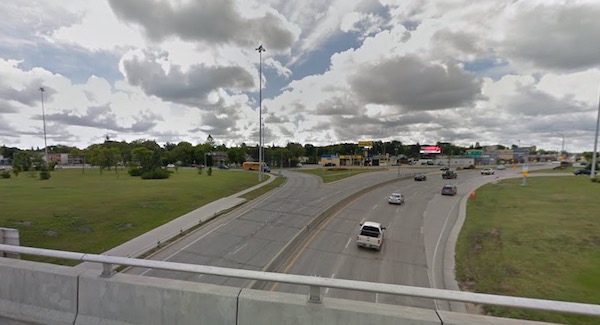 Northbound and southbound Pembina Highway will be closed between Jubilee Avenue and Stafford Street from February 15-19. (GOOGLE STREET VIEW)

WINNIPEG — The Jubilee Underpass will close again for construction between February 15-19.

The closure of northbound and southbound Pembina Highway will extend between Jubilee Avenue and Stafford Street.

The traffic disruption is to facilitate installation of girders for the new transitway over the Pembina Highway bridge. It’s the third time in two months the closure has been in effect.

The closure will commence at 8 p.m. on Friday, February 15, and continue until 4 a.m. the following Tuesday, February 19. Construction will take place around-the-clock during the closure. February 18 is Louis Riel Day and will see lower traffic volumes on the roads.

Roadway access for Winnipeg Transit and emergency vehicles will be maintained during the closure.

Access for pedestrians and cyclists will be maintained on the east sidewalk.

Motorists should allow additional time to get to their destinations, and use alternate routes such as Osborne Street, Waverley Street, or Kenaston Boulevard.