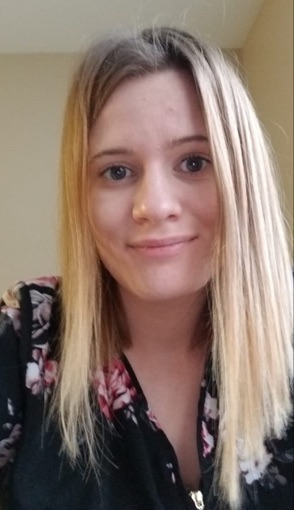 UPDATE: 8 p.m. — Family members say the human remains found Monday near where a Manitoba woman went missing are those of Maria Pluschnik.

UPDATE: 1 p.m. — RCMP have found unidentified human remains in the RM of Stanley near Schanzenfeld. Police are continuing to investigate.

EARLIER: RCMP are looking for a missing 25-year-old woman from just south of Winkler, Manitoba.

Maria Pluschnik was last seen in the community of Schanzenfeld, in the RM of Stanley, the evening of February 7.

Police say her green Dodge Caliber was found abandoned on Road 22 West and Road 8 North in the RM of Stanley. It appears that her vehicle had become stuck in a snow drift and had been there for some time, according to police.

Pluschnik is described as having long brown hair, grey eyes and was last seen wearing a dark red winter jacket, a white scarf, boots, a toque and mitts.