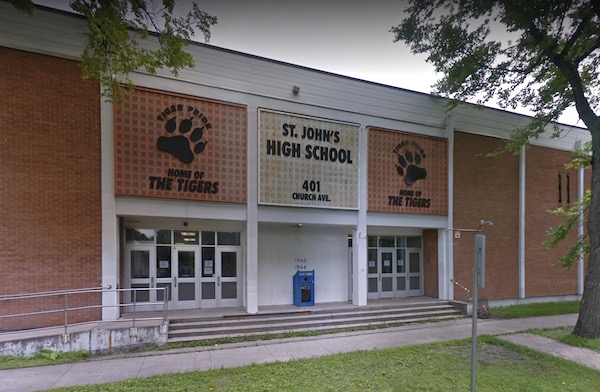 Police were called to St. John’s High School on Church Avenue at around 2:30 p.m. for the report of an assault.

Police say three teens were involved in a mutual fight, when one of the boys took out a knife. Two injured teens were taken to hospital in stable condition, where it was later determined that one of the victims didn’t require further medical treatment.

A 14-year-old suspect was arrested a short time later at a home in the William Whyte neighbourhood. He has been charged with assault with a weapon and possession of a weapon.