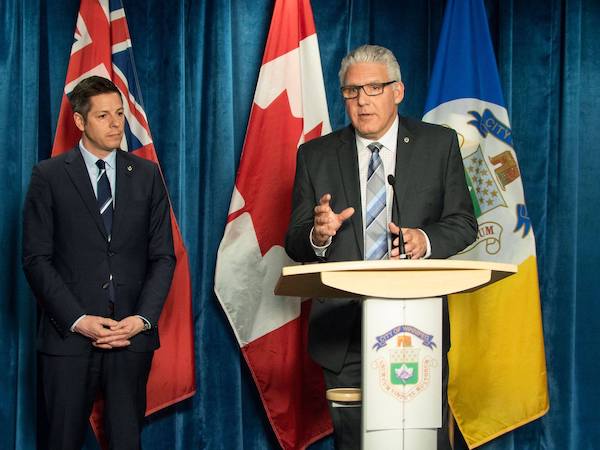 Prior to joining the city, McNeil had more than 30 years of experience working in the public sector, including as a deputy minister of Infrastructure and Transportation with the province, working with the Manitoba Floodway Authority, as well as for the city’s Water and Waste department where he helped lead the city’s flood fighting efforts during the 1997 flood of the century.

“I want to thank Mr. McNeil for his commitment and effort to build and position our city for a population projected to grow steadily and strongly into the future,” Bowman said.

“His knowledge and experience, both professionally as an engineer and his years of public service, contributed significantly to modernizing, professionalizing, and rebuilding trust across the City of Winnipeg’s public service.”

The city will form a new selection committee shortly to recruit McNeil’s replacement.

McNeil’s last day will be April 26.