Home » Columns » Something Unique in Store at Nebraska Market: Jackman-Atkinson

Something Unique in Store at Nebraska Market: Jackman-Atkinson 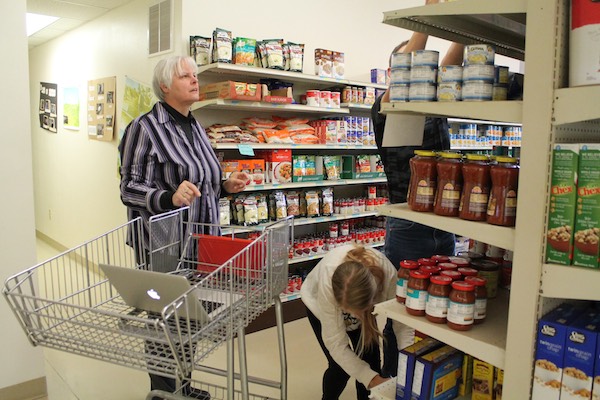 NEEPAWA, Man. — Located at the northern edge of Nebraska sits the village of Cody. Home to 150 residents, Cody is also home to something extremely unique, Circle C. At first glance, it appears to be like any other grocery store, except that it’s run by the students at nearby Cody-Kilgore High School.

The idea of opening a store to be run as part of the school’s curriculum was first conceived in 2008, when the town had been without a grocery store for about a decade. Until the Circle C opened in 2013, area residents had to drive either 55 miles west or 38 miles east to buy any of their groceries.

Construction of the store began in 2012, after the organizing committee was able to put together grants and other funding sources to construct the building. The building itself is also unique; it’s built of stucco-covered straw bales and much of the construction was done by students, who volunteered their time.

In 2013, the store opened its doors and while the project is overseen by community members and teachers, students are responsible for keeping the store running. From Pre-Kindergarten to Grade 12, there are about 127 students at Cody-Kilgore School and all of them will spend some class time doing something related to the store. Elementary school students will take on tasks such as decorating grocery bags, while the management roles are delegated to older students; one is in charge of inventory and ordering, another is responsible for scheduling workers and another does the books. Teachers and paid adults help with the training and any necessary oversight. In addition to doing work at the store as part of their classes, students also work at the store as a paid, after-school job.

In total, the store stocks about 1,500 items, including some student-made products, and does about $250,000 in annual sales. Their operational model has allowed them to keep prices competitive with the larger stores found in regional centres. The store is self sustaining, but not to the extent that it could exist without the involvement of the school and its students.

Some rural communities see stores close and services diminish and accept their lot, but others see it as an opportunity to create something new. This store offers the students of Cody something extraordinary, a real-life taste of businesses. In Canada, rural communities are full of entrepreneurs, such as farmers, service providers, tradespeople and those running retail stores and restaurants. Many entrepreneurs have to learn about business on their own, often by trial and error. The business skills these students are learning not only give them the foundation needed to start or run a business, but also makes these parts of entrepreneurship seem less scary.

Learning by doing is important and the tangible lessons students learn by working in their store will stay with them for a lifetime. Through their work at the store, students have learned about entrepreneurship; applied and interviewed for committee positions; undertaken research; developed a business plan; helped with the construction of the building; selected and ordered the store’s inventory; stocked products; participated in and organized fundraisers; and experienced applying and interviewing for paid positions. These are all important skills.

A project such as this one requires a huge amount of work, not just from the students, but also from the school’s teachers and the community. But there is a huge reward; not only do area residents once again have a local place to buy their groceries, but they also have a sense of pride in it, as well as a community of young people who have pride in their community and the work they do.

I have often lamented that students aren’t encouraged to pursue entrepreneurship, but that most certainly isn’t the case for the students in Cody.