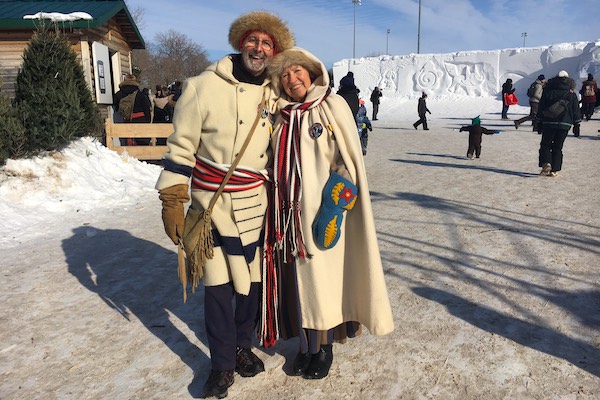 “I was 16-years-old and it was the inaugural event 50 years ago,” he said. “Since then, I have only missed two years of it. Otherwise, I wouldn’t want to be anywhere else this time of the year.”

Rémillard, his wife, Aline and their children played the role of official Voyageurs (ambassadors of the Festival) in 1992-1993, which the couple said was an absolute honour.

They roamed around Voyageur Park on Louis Riel Day dressed in traditional clothing in what Marc described as “perfect winter weather.” The couple expressed a sense of pride welcoming people of all ages to Western Canada’s largest winter festival.

“We meet people from all over the world who can’t say enough about our Festival,” said Aline. “There were people from Korea who are attending university in Winnipeg who thought this was so much fun.”

An official statutory holiday in Manitoba, Louis Riel Day drew thousands of people to St. Boniface to take in the music, snow sculptures, food and other attractions. 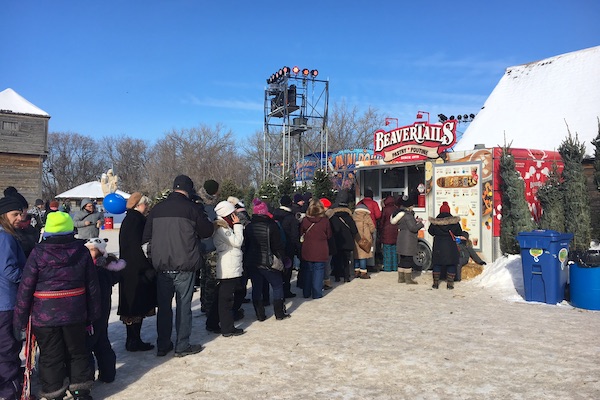 Festival revellers line up at the BeaverTails truck to get their fix of the traditional “Canadian doughnut” at Festival du Voyageur on Monday afternoon. (MICHELLE BAILEY / CHRISD.CA) 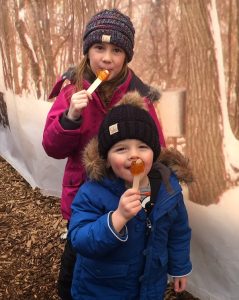 The line-ups for BeaverTails, poutine and hot taffy on ice cold snow were constant. Marc said he highly recommends the tourtière and, for the adults, a sip of some traditional Caribou (fortified wine).

He said it’s amazing to see how the festival has evolved over the 50 years since it began.

“In the beginning, it was almost more carnival-like (there were rides at one point), and I think the event achieved a balance of putting the French Canadian culture more at the forefront while ensuring there is still a lot of things going on to entertain all ages and interests.”

Executive director Darrel Nadeau says as the festival marks a milestone in its history, it’s important to not only celebrate the past 50 years but to also look to the future.

“We have many brand-new and nostalgic activities in our programming this year for the public to discover. At the same time, it is important for us to take concrete steps to ensure Indigenous artists, organizations and heritage are represented at Festival du Voyageur.”

Events will be taking place at various venues throughout St. Boniface for the entire week until Sunday, February 24. Visit heho.ca for more information.