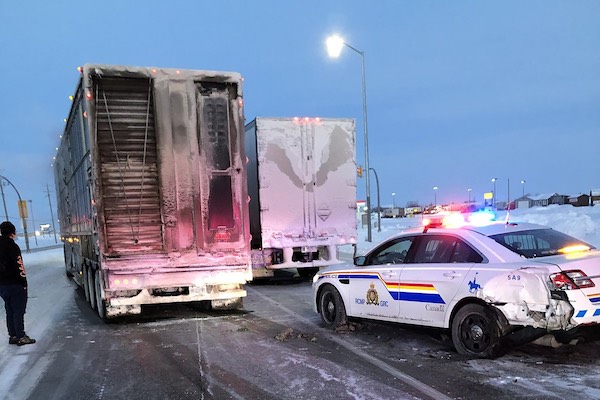 An RCMP cruiser was hit by a passing semi while stopped to check on a crash along Highway 1 near Headingley on Thursday, February 21, 2019. (RCMP / TWITTER) 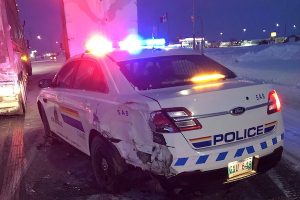 Manitoba RCMP are asking motorists to slow down and move over when approaching emergency vehicles after one of their cruisers was hit on Thursday.

Police were stopped behind a semi-trailer that had been in a collision on Highway 1 near Headingley at around 7:30 a.m.

While the officer was in his vehicle with emergency lights activated, a passing semi struck the rear left side of the cruiser.

Police say no injuries were reported, but charges against the driver are pending.