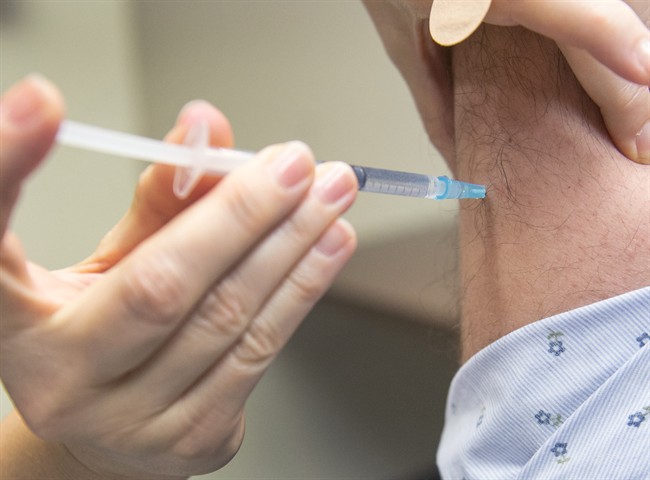 VANCOUVER — Two new cases of measles have been diagnosed in the Vancouver area for a total of 10 illnesses as health officials say they’re concerned they can’t find the source of one of the infections.

Vancouver Coastal medical health officer Dr. Althea Hayden says nine of the cases are clearly associated with schools that were at the centre of the original outbreak this month, but they don’t know where the other person contracted the disease.

The health authority has also released a list of locations where one of the infected people travelled over three days from Feb. 15 to Feb. 18, including restaurants, on a Canada Line commuter train and Langara College.

Hayden says the health authority is doing its best to find the source of measles in the 10th person in an effort to prevent more people from being exposed.

Measles at first presents with flu-like symptoms, coughing, a runny nose and red eyes, but then a fever develops, followed by the distinctive rash.

Hayden says the response to a call for people to get vaccinated has been fantastic and the health authority has seen a large number of first-time vaccinations.