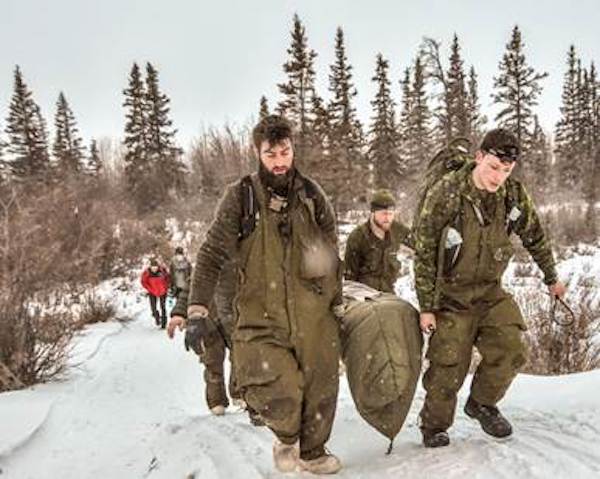 Members of the Canadian Armed Forces have returned after completing a winter training exercise in the Yukon to prepare them for deployment to Canada’s Northern and Arctic regions.

38 CBG, being one of the primary force generation organizations for land-based domestic operations in Saskatchewan, Manitoba, and Northwest Ontario, must be able to provide a relevant, responsive, and effective task-tailored force to respond to any request for assistance by various federal, provincial, and municipal government organizations

“Soldiers, with support from 1 Canadian Ranger Patrol Group, accomplished all tasks in an effective and safe manner. I think Canadians can be confident in our soldiers’ ability to deploy in extreme conditions when they are called upon to support domestic operations or to respond to a Northern incident.”