Home » News » TappCar Marking One Year of Operations in Winnipeg

TappCar Marking One Year of Operations in Winnipeg 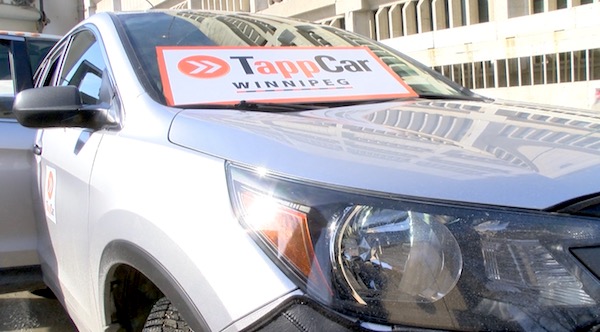 Ride-sharing service TappCar is marking its one-year anniversary in Winnipeg.

The Edmonton-based company officially launched in the city on March 2, 2018, later expanding to nearby Steinbach.

“We’ve seen strong and sustained support and growth in Winnipeg from the moment we launched, so we have found a perfect fit,” said spokesperson John Morris.

“Winnipeg is a dynamic, growing city and TappCar is proud to be not only the best ride share option, but one of the best transportation options available in Winnipeg.”

The company says it is investing in enhancing its app to create an even more responsive product going forward.

“TappCar believes Winnipeggers deserve the best, so we are looking at some exciting improvements for 2019 and beyond,” Morris added. “What’s most important to us, however, is that we’re consistently providing that affordable, reliable transportation choice the residents of this city want and need.”

TappCar is currently researching extending service to rural western Canadians after Greyhound’s exit from the marketplace earlier this year.