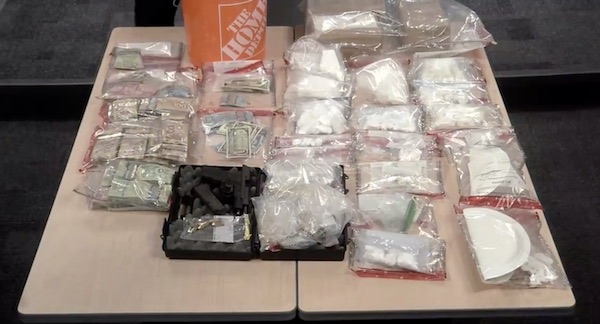 Winnipeg police show off cocaine and other items seized following the search of three homes in the city last Friday during a news conference on Wednesday, March 6, 2019. (WINNIPEG POLICE / FACEBOOK)

Two homes in the upscale Winnipeg neighbourhood of Bridgwater Forest were part of a police raid into an investigation surrounding cocaine trafficking.

Police executed search warrants March 1 at two homes in the south Winnipeg neighbourhood, along with a home in Garden City.

The investigation into illegal trafficking of the drugs began in January, say police.

Police arrested four men and one woman between the ages of 21 and 31. All five suspects, who haven’t been identified, face numerous drug-related and weapons charges. They have each been released on a promise to appear.