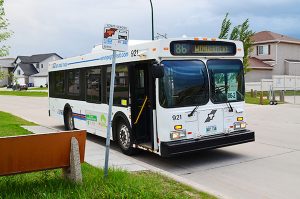 A Winnipeg Transit driver is facing charges after a fatal crash involving a pedestrian 16 months ago.

A man in his 50s was struck by a bus the afternoon of November 13, 2017 at the intersection of Graham Avenue and Fort Street. He later died in hospital.

Winnipeg police say after a lengthy investigation, the 54-year-old bus driver will be charged with driving carelessly causing death and proceeding before safe to do so. He was arrested on Thursday.