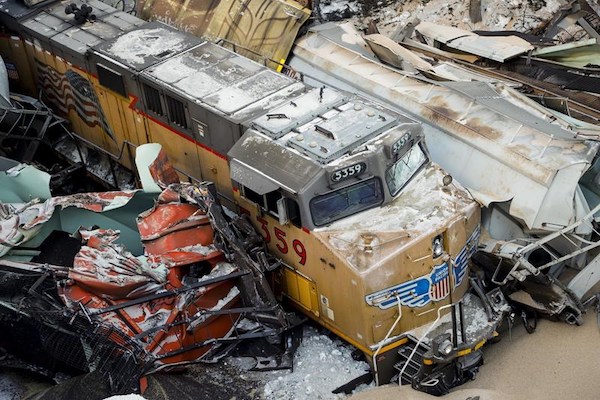 CP Rail CEO Keith Creel says the company is focused on safety, but the application of handbrakes introduces additional risks and will have unintended consequences.

In a news release, he adds that safer options are available and “we must get this right.”

The Calgary-based railway says it will comply with the ministerial order throughout the appeals process, including a review by the Transportation Appeal Tribunal of Canada.

Three CP Rail employees were killed in early February after a Vancouver-bound train that was parked for two hours with its air brakes started moving on its own and sped up to well over the limit before 99 cars and two locomotives hurtled off the tracks.