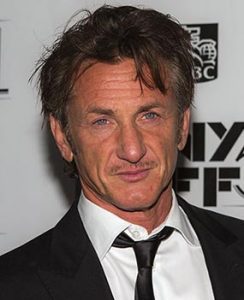 Actor Sean Penn is directing a film in Winnipeg this summer.

As ChrisD.ca first reported in January, the Oscar winner was in the city earlier this year scouting locations for his shoot.

Penn’s film is based on Jennifer Vogel‘s memoir Flim-Flam Man: The True Story of My Father’s Counterfeit Life, where a father lives a double life as a counterfeiter, bank robber and con man in order to provide for his daughter.

Producers Buffalo Gal Pictures has put out a casting call, seeking two Caucasian boys between the ages of six and nine and nine and 12.

Auditions will take place Wednesday, March 20. Those interested are asked to email a recent photo and contact information to [email protected]. Producers are directing applicants to the email address and say phone calls won’t be accepted.

Manitoba recently boosted its film and video production tax credit to $31.5 million from $16 million in the province’s budget.

← Previous: CRA Ordered to Pay More Than $60K to Worker Who Was Sexually Harassed by Boss Next: Canada Orders Grounding of All Boeing 737 Max 8s Over Safety Concerns →
Tags: Movie | Television | Winnipeg