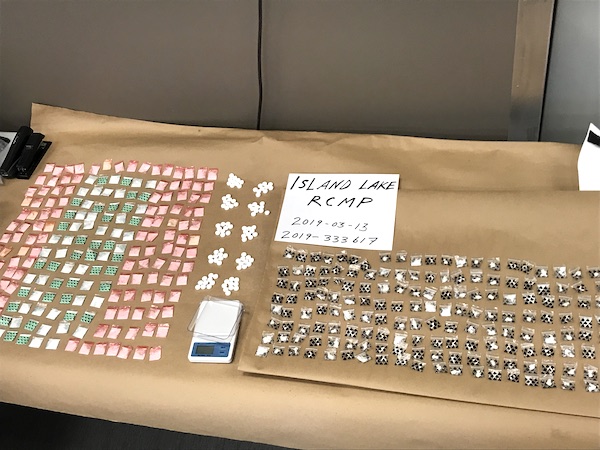 Drugs seized from an airline passenger destined from for Island Lake from Winnipeg. (RCMP HANDOUT)

An airline passenger departing from Winnipeg to Island Lake has been charged after police found 140 grams of cocaine.

Police say they found the drugs on Wednesday and had suspected the passenger of trafficking illegal drugs into the Island Lake region. Officers also found 100 Percocet pills.

Lawrence Ashley McIvor of Sandy Bay First Nation, 26, was arrested and charged two counts of possession for the purpose of trafficking.

McIvor remains in custody and will appear in court in Winnipeg.