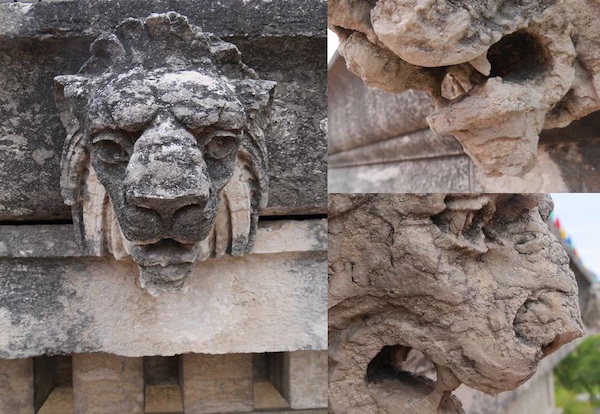 A deteriorated lion head sculpture atop the Manitoba Legislative Building is part of the $150 million in repairs the province will be making to the historic building. (MANITOBA GOVERNMENT) 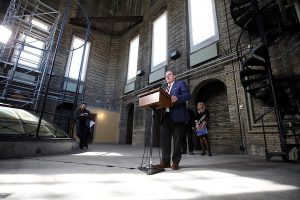 WINNIPEG — The Manitoba government is preparing to spend $150 million to repair the province’s landmark legislative building, which was built a century ago.

Finance Minister Scott Fielding says some maintenance and repairs have been put off for too long, resulting in deteriorating mortar, flashing, masonry and more.

He says the heating, electrical and plumbing systems are also nearing the end of their lifespans.

The government plans to spread the money out evenly over 15 years, and appoint an advisory committee to decide which repairs are to be prioritized.

Fielding says it’s too early to determine if air conditioning might be added to the building.

The legislature is 250,000 square feet, three stories high and has a large dome topped by a statue called The Golden Boy.

The Tyndall stone building is adorned inside and out with large sculptures of people, bison, two sphinxes and others. Many Winnipeg residents have wedding and graduation photos taken inside it.

“We think it’s important to celebrate history and support this in terms of our investment in the building,” Fielding said Friday.