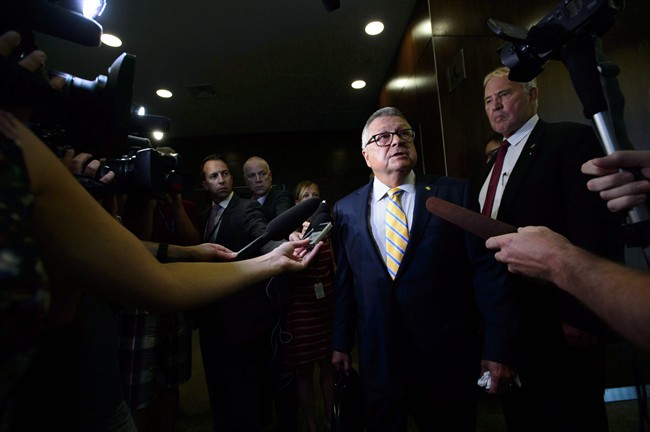 Public Safety and Emergency Preparedness Minister Ralph Goodale arrives to appear as witnesses at a House of Commons standing committee in Ottawa on Tuesday, July 24, 2018. (THE CANADIAN PRESS/Sean Kilpatrick)

Ralph Goodale says the killing of 50 people in Christchurch has sparked a global sense of concern that will prompt Canadian politicians to make some timely decisions.

Goodale says his cabinet colleague Bill Blair will deliver recommendations soon, after having been asked last August to study a full ban on handguns and assault weapons in Canada.

A bill already before Canada’s Senate would, among other things, expand the scope of background checks on those who want to acquire guns here.

Instead of just the five years immediately preceding a licence application, questions about buyers’ histories would cover their entire lifetimes.