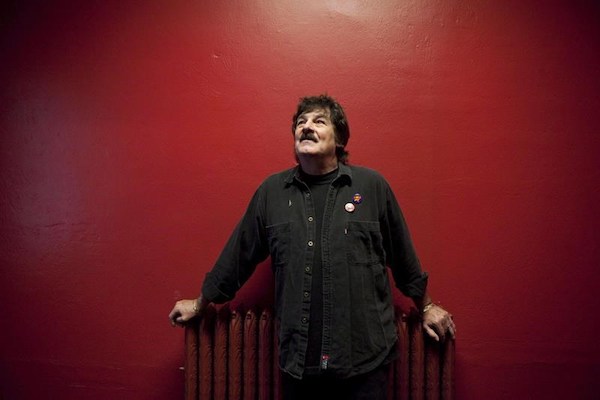 A Saskatchewan woman who says Canadian rock legend Burton Cummings is complaining about music in her dance studio has been charged. Burton Cummings poses at Massey Hall in Toronto on Monday, Oct. 22, 2012. (THE CANADIAN PRESS/Matthew Sherwood)

Kyra Klassen, who owns Dance Fitness With Kyra in downtown Moose Jaw, has said The Guess Who singer lives in a residential building next to her business.

Klassen told The Canadian Press last week that she’s tried to find a solution, and even sound-proofed some walls, but the musician continued to complain to police and the city about the sound.

A manager for Cummings has said the musician had no comment about the situation.

Police say six charges were laid against the business owner after a number of complaints.

Klassen declined to comment on the charges, saying her lawyer would be issuing a statement later in the week.

She is to appear in court April 18.

Klassen said she moved into the building nearly one year ago. There were no problems for the first five months, but then Klassen said she started to get messages, complaints and visits from Cummings himself.

She said police visited the studio four times but never gave her a ticket. Neither Klassen nor the police said Monday when the charges were laid.

Mayor Fraser Tolmie has said the matter is being sorted out through the legal system and the city will respect that process.

But city council is looking at zoning in the area. During a council meeting March 11, a motion was unanimously approved to prepare a report re-evaluating how business licences are issued in areas of the city’s commercial district where there are also residential properties.