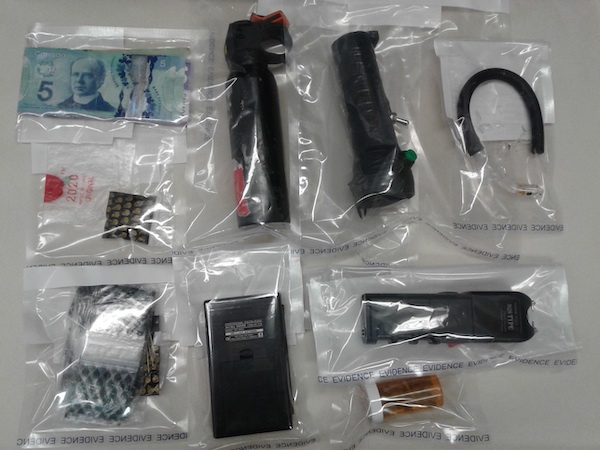 Weapons and other items seized during one of two traffic stop in Dauphin, Manitoba last weekend. Two people have been arrested and charged. (RCMP HANDOUT)

Steven Gerald Catagas of Grandview, 36, was arrested and will appear in court later today on drug-related charges.

On Sunday, police discovered 11 grams of methamphetamine, cash and various weapons, including a conducted energy weapon and a can of bear mace, while conducting another traffic stop on 4th Avenue SE.

Preston Rodger Flatfoot of Dauphin, 29, was arrested and charged. He is scheduled to appear in court later today.