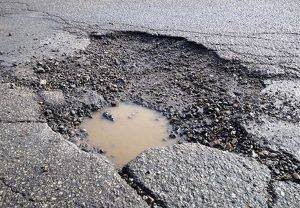 WINNIPEG — Voting has opened for Manitobans to vote for which roads they think are the worst in the province.

From March 20 to April 16, motorists, cyclists, bus riders and pedestrians alike can visit CAAWorstRoads.com to cast their vote for the worst stretch of road in the province.

“Everyone has a role to play in making our roads safer, and that’s why we want to hear from all Manitobans about their concerns,” said CAA Manitoba president Tim Scott.

“Our annual CAA Worst Roads campaign has influenced change for over seven years by taking input and bridging the public’s interest in the state of good repair of our roads and bridges.”

The automobile club says a recent survey showed 90 percent of respondents were concerned about the state of Manitoba’s roads. In the same survey, nearly 75 percent of CAA members believe that not enough is being done to maintain roads, and that repairs are not occurring in a timely fashion.

Once the campaign wraps up, the top 10 worst roads will be revealed publicly and used to leverage governments to take action on roadways deemed to be the worst offenders.