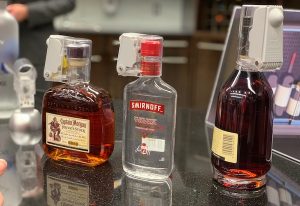 Bottle locks will be placed over high-value items in Liquor Mart stores to combat theft. (CHRISD.CA)

Brazen robberies, where suspects fill up a cart or basket with alcohol and walk out without paying, have been on the rise at stores across Winnipeg. In some cases, customers have found themselves confronting thieves and putting themselves in danger.

The Crown corporation is now deploying a “multi-point theft reduction plan” using a number of new methods to curb thefts. 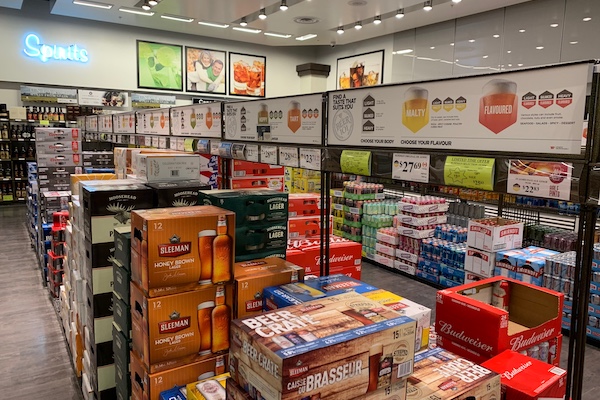 New security measures are already in place in some stores and will be rolled out to others in the coming weeks. (CHRISD.CA)

“We want our customers and our employees to know that we take their safety seriously and we also want to send the message that if you steal from a Liquor Mart, you will be caught.”

In working with Winnipeg police, expanded use of uniformed special duty constables will be present in some locations, as well as newly-trained loss prevention officers during peak periods or where incidents of theft have increased.

Other future measures will include:

Manitoba Liquor & Lotteries says some of the new measures are already in place, with others rolling out over the next several weeks and months. Winnipeg stores are being focused on first ahead of any future security enhancements to rural Liquor Marts.

On Thursday, Winnipeg police Chief Danny Smyth blamed part of the thefts on a spike in meth use and says any inconveniences to customers as a result of the security changes should be overlooked.

“I think everyone that comes to work deserves to have a safe workplace,” Smyth added. “I think customers need to feel confident that when they come into a store, they don’t have to worry about witnessing a crime.”

The cost of implementing the new measures isn’t yet known, but will be drawn from the corporation’s existing operating budget.

A new website has been set up to inform customers of the changes at MBLL.ca/StopTheft.