Home » The Canadian Press » ‘The Right Thing Was Done:’ Manitoba Family Gets Guardianship of Seized Baby

‘The Right Thing Was Done:’ Manitoba Family Gets Guardianship of Seized Baby 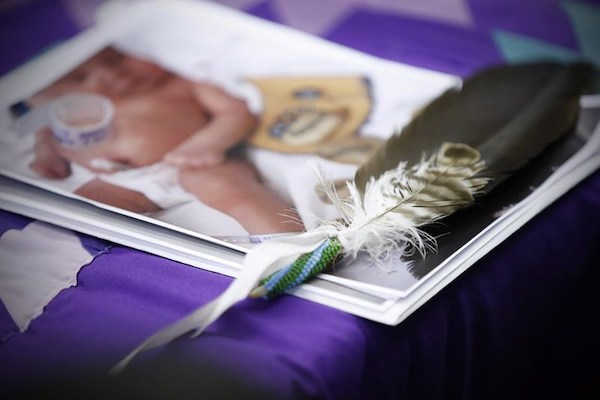 WINNIPEG — The mother of a newborn who was seen in a social media video being taken away by authorities in hospital says she is relieved a judge has given guardianship to the family.

But she says her daughter shouldn’t have been apprehended in the first place.

“They caused a lot of hardship for my baby, myself and my family,” the mother said Thursday after a child protection hearing in which a judge transferred guardianship of the 10-week-old to the mother’s aunt.

That means child-welfare agencies are no longer involved in the girl’s care. The aunt is the caregiver the mother had requested before the child was born and she has been looking after the baby, under supervision of social workers, for a few weeks.

“It is really hard when a kid gets taken away like that, especially when we are not heard,” the aunt said. “We really do need changes in situations like this.”

The video of the two-day-infant’s apprehension by social workers and police in a Winnipeg hospital was broadcast live on Facebook by the mother’s uncle in January. It shows the woman crying softly as a family member weeps nearby before officers place the baby in a car seat and take her away.

First Nations leaders have said the case shows that child welfare in the province is biased against Indigenous people.

Statistics from the Manitoba government reveal that newborn apprehensions occur, on average, about once a day and about 90 per cent of kids in care are Indigenous.

The mother said she was aware she needed help before the baby was born and made it clear she wished to have her aunt take care of the child.

She can now work on her own recovery knowing her daughter is officially in the care of a relative, she said.

Documents filed in court said the mother was honest with social workers during her pregnancy about concerns with addiction and had asked about having family care for the infant. She gave a name to workers, but the documents said the family member required further assessment.

They said hospital staff believed the mother was drunk and smelled of alcohol when she was brought to the hospital to have the baby. The family disputed that she was intoxicated during labour.

The documents also said the mother told social workers she used cocaine while pregnant and tested positive for the use of OxyContin.

On Thursday, she said she is disappointed that her honesty with social workers was used to take her baby.

“I’m very grateful that the right thing was done today, and she is where she needs to be (and) I can take care of me.”

She will remain a part of her baby’s life, she added, but the aunt has legal guardianship.

A man who has come forward claiming he is the baby’s father agreed to the court’s decision. He also hopes to be a part of the girl’s life one day, said his lawyer.

The aunt said the infant has provided the entire family with strength.

“I talk with her and tell her things about what’s happening. She has a look sometimes like, ‘It’s OK. Everything is going to be OK.'”