Winnipeg Man Among Two Charged in Drugs, Weapons Seizure in The Pas 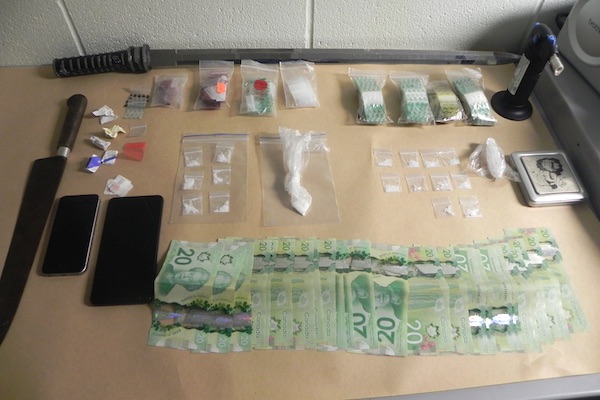 Items seized by RCMP in The Pas on March 24, 2019. Two people have been charged. (RCMP HANDOUT)

A Winnipeg man is among two people charged after RCMP found drugs, weapons and other items in a home in The Pas last weekend.