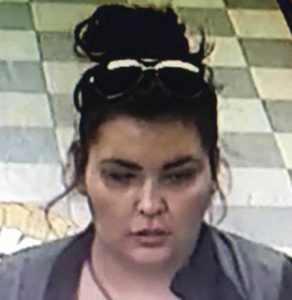 UPDATE: 3:30 p.m. — Tiffany Batenchuk has turned herself into Selkirk RCMP.

RCMP are looking for a Winnipeg woman accused of attempting to steal several items from a Lockport business without paying.

Police say Tiffany Batenchuk of Winnipeg, 28, allegedly threatened an employee with a knife on Sunday night and a physical altercation took place. The employee suffered minor injuries and the suspect fled the scene.

An arrest warrant has been issued for Batenchuk, who police say is considered dangerous.