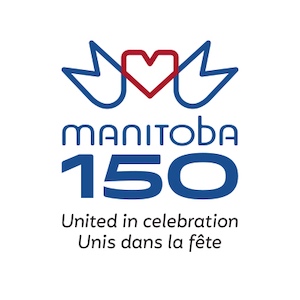 WINNIPEG — Get ready to celebrate all-things Manitoba as the province prepares to mark its 150th anniversary with a year of events and festivities.

Manitoba 150 kicked off Friday with an unveiling at The Met downtown, where the host committee pulled back the curtain on some of what you can expect.

“Today we are proud and excited to officially launch the logo, theme and website that will brand and guide the year-long celebration in commemorating Manitoba’s past, celebrating the present, and looking forward to Manitoba’s future, while also honouring the thousands of years that First Nations have called this land their traditional territories and the hundreds of years that the Metis have called Manitoba home,” said committee chair Stuart Murray.

May 12, 2020 will be the 150th anniversary of the Manitoba Act receiving royal assent.

Events will take place throughout the province and include a variety of initiatives and projects, including a community foundation legacy program, a ‘Made in Manitoba’ concert experience, a Manitoba 150 community caravan and more.

The province is providing $2.5 million to start, while working with private donors to match contributions up to $5 million.

Manitobans can learn more about the events planned by visiting Manitoba150.com.

← Previous: Wilson-Raybould: I Recorded Phone Call Out of Fear It Would Be 'Inappropriate' Next: Defining 'Agriculture:' Jackman-Atkinson →
Tags: Manitoba | Manitoba 150 | Winnipeg