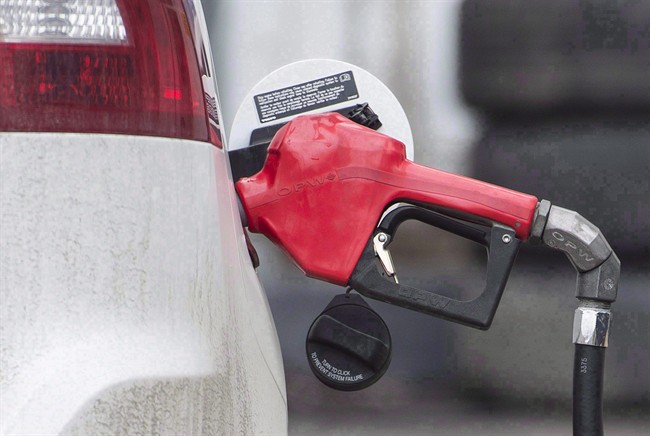 A gas pump is shown at a filling station in Montreal on April 12, 2017. (THE CANADIAN PRESS/Graham Hughes)

The tax on fossil fuels, meant to curb ommissions, is being federally regulated in Manitoba because the province has refused Ottawa’s demands to implement its own tax.

The fuel figures are based on $20 a tonne for this year, which will increase by $10 annually until April 2022, when the tax reaches $50 a tonne.

“Carbon taxes make everything more expensive without helping the environment and yet Ottawa is forcing the carbon tax on Manitoba,” said Todd MacKay, prairie director for Canadian Taxpayers Federation.

The tax will also apply to natural gas, while retailers argue any additional costs they face to acquire product will be passed along to the consumer for everyday items.

“Until now, carbon taxes have been theoretical for many people, but they are about to become all too real. The opposition to the carbon tax continues to get stronger.”

The CTF is intervening in court proceedings filed by Saskatchewan and Ontario to deem the carbon tax unconstitutional. New Brunswick has also instituted its own version of the tax.

The Liberal government says Canadians will see a refundable tax credit to compensate them called the Climate Action Incentive.

The average refund for a Manitoba couple without children is $255, or $42 per child. A single parent is eligible for the same amount, while a single Manitoban without children can receive up to $170.