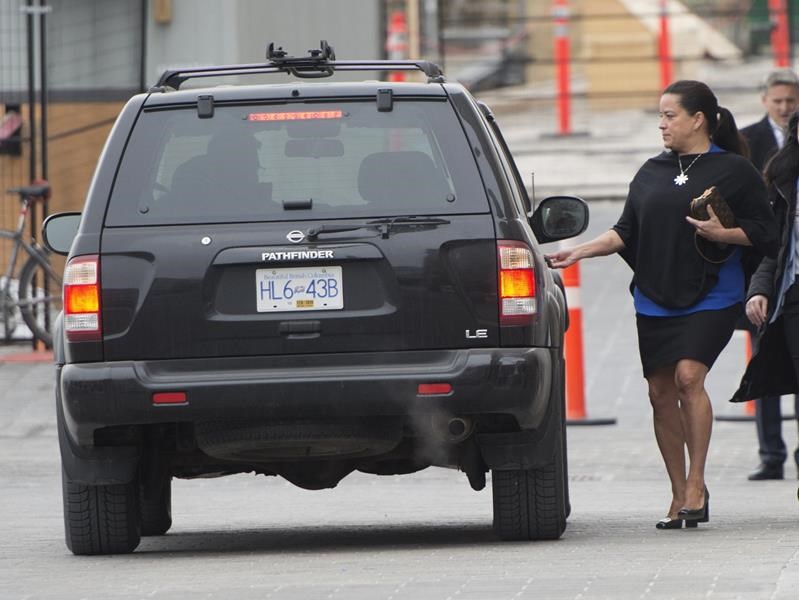 OTTAWA — Liberals are hoping to cauterize the SNC-Lavalin affair with the expulsions of Jody Wilson-Raybould and Jane Philpott from the governing party’s fold.

Prime Minister Justin Trudeau announced late Tuesday at a hastily called caucus meeting that he had informed the two former cabinet ministers he was kicking them out of the Liberal caucus and will not allow them to run as Liberal candidates in this fall’s election.

“The trust that previously existed between these two individuals and our team has been broken,” he told Liberal MPs.

“Whether it’s taping conversations without consent or repeatedly expressing a lack of confidence in our government and in me personally as leader, it’s become clear that Ms. Wilson-Raybould and Dr. Philpott can no longer remain part of our Liberal team.”

The SNC-Lavalin affair has engulfed the government for nearly two months and cost Trudeau his lead in public opinion polls; his most trusted adviser, Gerald Butts; and the country’s top public servant, Michael Wernick — in addition to the two former ministers who had symbolized his commitment to gender equality and reconciliation with Indigenous Peoples.

Liberals are now hoping the worst is over and they can finally move on to the agenda they hope will get them re-elected.

Trudeau said the Liberals won the 2015 election “because we stood together as a team,” whereas “the old Liberal party was notorious for infighting.”

“Civil wars within parties are incredibly damaging because they signal to Canadians that we care more about ourselves than about them. That’s why I made the difficult decision to remove Ms. Wilson-Raybould and Dr. Philpott from the Liberal caucus.”

Trudeau’s announcement followed a day of meetings with the chairs of the various Liberal regional caucuses and discussions with MPs. The party’s largest group, the Ontario caucus, met for 90 minutes earlier in the day to discuss the fates of the two former ministers.

Philpott, who represents a Toronto-area riding, showed up for that meeting but left after less than 10 minutes. Wilson-Raybould, meanwhile, sent a letter to all Liberal MPs making an 11th-hour pitch for staying in caucus but making no apologies for going public with her contention that she was improperly pressured last fall to stop the criminal prosecution of Montreal engineering giant SNC-Lavalin.

The company faces criminal charges over allegedly corrupt dealings in Libya. Wilson-Raybould had the authority as attorney general to divert the proceedings with a remediation agreement, a sort of plea-bargain that could spare the company the worst consequences of a conviction; that authority is new in Canadian law, it has never been used, and Wilson-Raybould has said she saw no reason to overrule a decision by the director of public prosecutions against seeking such an agreement.

“There was a tone of the letter that had an exclusivity to it, that she had a monopoly on truth and that there was not a conversation to be had,” said Toronto MP Rob Oliphant. “It was a strong first-person letter and politics is not about first person … it’s about ‘we,’ not about ‘I.’ ”

National caucus chair Francis Scarpaleggia, from Quebec, said there was “an overwhelming consensus” that the two had to go.

Not all Liberals were happy with the decision. Toronto MP Nathaniel Erskine-Smith and New Brunswick MP Wayne Long, who had hoped for a way to accommodate the former ministers, said they were disappointed but respected the consensus view of caucus and the prime minister’s decision.

In a Facebook post, Philpott said her decision to resign from cabinet in early March, citing a lack of confidence in the government’s handling of the SNC-Lavalin file, was not about “a lack of loyalty.” Rather, she insisted both she and Wilson-Raybould were attempting to “protect” Trudeau from the consequences of “attempts to interfere with prosecutorial independence.”

Philpott said she will continue to serve her constituents in Markham-Stouffville “for the remainder of this term” — which suggests she does not intend to run for re-election as an independent or candidate for another party.

Wilson-Raybould tweeted that she will take time to reflect on her next steps.

“What I can say is that I hold my head high & that I can look myself in the mirror knowing I did what I was required to do and what needed to be done based on principles & values that must always transcend party. I have no regrets. I spoke the truth as I will continue to do,” she said.

Conservative Leader Andrew Scheer wasted no time issuing what amounted to an invitation to the two former ministers and their supporters to join his party.

Trudeau said he’d tried to be patient and understanding but nothing would satisfy the two ex-ministers.

“We’ve taken every effort to address their concerns, and ultimately, if they can’t honestly say that they have confidence in this team … then they cannot be part of this team,” Trudeau said. “Our political opponents win when Liberals are divided. We can’t afford to make that mistake — Canadians are counting on us.”

He concluded his speech with a campaign-style recitation of his government’s accomplishments, including the assertion that: “We have always, always fought to create and protect jobs. We will never apologize for doing so.”

Trudeau and his staff have maintained throughout the SNC-Lavalin affair that they never improperly pressured Wilson-Raybould; they only wanted to ensure she had considered every lawful tool to avoid a criminal conviction that could cripple the company and potentially put thousands of employees out of work.

Wilson-Raybould maintains she was moved out of the justice portfolio in a mid-January cabinet shuffle as punishment for refusing to comply.

Last week, she released a surreptitiously recorded audio of a phone conversation with Privy Council clerk Wernick, the country’s top bureaucrat, as part of additional evidence to bolster her claim of improper pressure. But that too seemed to backfire, galvanizing Liberal MPs in the belief that she could no longer be trusted.

In the call, Wernick repeatedly asked Wilson-Raybould why she was not using all the tools at her disposal on the SNC-Lavalin case. She pushed back, saying she would not override the decision of the director of public prosecutions.

Wernick told her Trudeau was “quite determined” on the matter and would likely “find a way to get it done one way or another.”

NDP MP Jenny Kwan said Trudeau’s move Tuesday was an extension of that attitude — he’d decided he was going to get his way and threw two unco-operative women under the bus, she said.

In her appeal to her caucusmates, Wilson-Raybould did not mention the secret recording. She argued that she rejected the prime minister’s pressure on SNC-Lavalin because she was standing up for Liberal values.

“I know many of you are angry, hurt, and frustrated. And frankly so am I, and I can only speak for myself,” Wilson-Raybould wrote. “I am angry, hurt, and frustrated because I feel and believe I was upholding the values that we all committed to. In giving the advice I did, and taking the steps I did, I was trying to help protect the prime minister and the government from a horrible mess.

Liberal MPs dismissed the letter as “too little, too late,” as Toronto MP Judy Sgro put it.

Oliphant acknowledged that ejecting two prominent former cabinet ministers — both women, one a prominent Indigenous leader before she ran for Parliament — will mean the party has to work on public perceptions of its commitments to equality and reconciliation.

Trudeau will have to begin that immediately. His schedule Wednesday includes a speech before Daughters of the Vote, which takes 338 young women to Ottawa to promote their involvement in politics. It’s followed by an appearance at a meeting of a committee of leaders working on Inuit-Crown relations.