Home » Sports » MJHL Approves Transfer of Winnipeg Blues to 50 Below

MJHL Approves Transfer of Winnipeg Blues to 50 Below 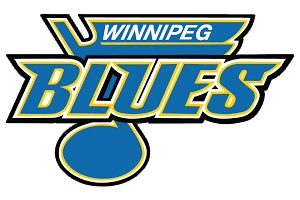 The Manitoba Junior Hockey League has approved the Winnipeg Blues ownership transfer to 50 Below Sports + Entertainment.

The purchase of the Blues comes as the WHL’s Winnipeg Ice, also owned by 50 Below, prepares for its inaugural season in the city this fall after moving from Cranbrook B.C.

The Blues will move to their new home at the RINK Training Centre just outside of Oak Bluff, where players will have access to a new state-of-the-art, 7,000-square-foot gym, featuring sports science and nutrition resources and a yoga studio.

“The Blues are a natural fit and will complement the RINK Hockey Academy and the Winnipeg ICE providing critical experience for players that aspire to progress to the next level of hockey,” said Cockell.

Winnipeg Blues 2019-20 season seat and ticket information will be announced at a later date.

The Ice will play their first season in Winnipeg at the Wayne Fleming Arena at the University of Manitoba while construction continues on the RINK facility.