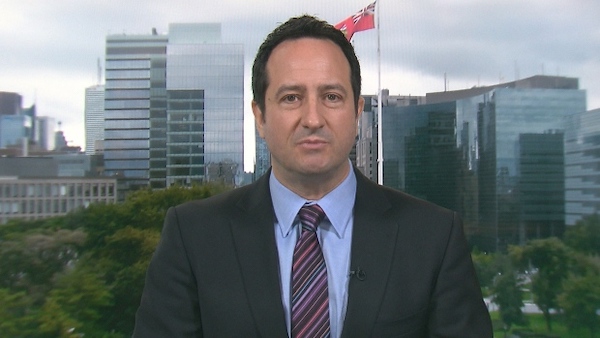 TORONTO — A veteran television reporter who left CTV after a woman accused him of lewd behaviour at the Ontario legislature was fired for repeated sexual misconduct involving young women, new court documents allege.

In an untested filing in Superior Court, CTV and its owner Bell Media say they began investigating complaints against Paul Bliss after a former freelancer, Bridget Brown, went public in January 2018 with accusations against him.

“The investigation revealed that Mr. Bliss had been engaging in sexual activities in the workplace with multiple individuals on multiple occasions for over 10 years,” Bell Media says in its statement of defence. “The investigation also revealed that Mr. Bliss continued to send sexually inappropriate messages using work resources, despite being warned by Human Resources previously that the conduct was not acceptable.”

The document served on Tuesday was filed as part of a $7.5-million defamation lawsuit Bliss launched a year ago against CTV, Bell Media, Brown and others. Bliss claimed in his unproven suit that the network broadcast and published “false, malicious, irresponsible” stories about his suspension and subsequent departure from the network.

CTV has previously refused to confirm it fired Bliss but the filing makes clear that’s what happened. The investigation, it says, prompted the network to terminate the reporter for cause. The statement of defence includes part of the termination letter given Bliss on March 6, 2018.

“…you admitted to consuming alcohol and repeatedly engaging in sexual activities, including intercourse, as recently as within the last year, after hours in the workplace,” the letter states. “You also admitted to entering into romantic relationships with young women with whom you could exert some influence to assist them in their careers.”

Brown, who lives in Calgary, said the #MeToo movement of women coming forward with stories of sexual harassment prompted her to write a blog post in January 2018 about an incident that had occurred a dozen years earlier.

In her post, she alleged an unnamed but “award-winning” CTV reporter had shown her around and they ended up in his office at the legislature. There, she said, he began kissing her and pushing on the top of her head to signal he wanted oral sex. Brown said she told him she wasn’t interested but he then exposed himself and performed a sex act in front of her.

In his claim against the network and Brown, Bliss denies her allegations, saying he kissed her and engaged in mutual fondling. He says he contacted the network after reading the blog. He cites several CTV and other reports on his suspension and departure related to Brown’s allegations, which he suggests were part of her effort to sell a book she was writing.

“The defamatory words have created damaging speculation respecting Mr. Bliss and his ability to interact and work with people, and has lowered his reputation in the general public,” according to his statement of claim.

His union also grieved his termination.

Brown, who worked as a freelance producer with CTV and Bell Media, maintains she never consented to any sexual contact with Bliss and that she made no statements that named him, even if CTV did. She also maintains what she said in her blog was fair and justified.

In its defence against Bliss’s defamation claim, CTV raises several arguments, including that the various statements it made about Bliss were “substantially true” and were otherwise fair comment made in good faith in reporting on matters of public interest. Other women with similar stories came forward as a result of the publicity, the network says.

Bliss has said such allegations are “false, malicious, irresponsible and defamatory.”

Reached in Calgary on Tuesday, Brown refused to comment on the advice of her lawyer. However, she did say a year ago that she found “virtually everything in the statement of claim” to be false.