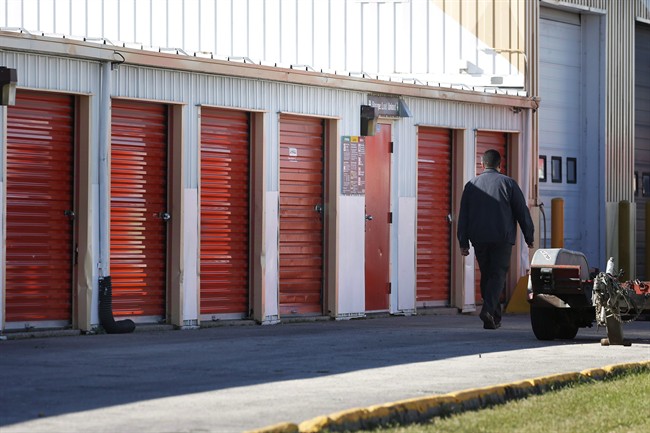 WINNIPEG — A woman convicted of hiding the remains of six babies in a U-haul storage locker has had her prison term reduced to three years.

Andrea Giesbrecht was sentenced last year to 8 1/2 years on charges of concealing the remains of infants.

“We will never know why these six little lights went dark due to the accused’s appalling dishonesty,” Mainella wrote.

However, the judge said last year’s sentence was too harsh because it assumed certain culpable actions of which Giesbrecht was never tried or convicted, such as violence or neglect.

“Just as the mighty are not above the law, the unpopular are not outside of its protections, even on facts as troubling as here.”

Giesbrecht was convicted under a section of the Criminal Code that forbids the disposal of a child’s dead body with intent to conceal the birth —whether the child died before, during or after.

Her sentence was reduced by six months for each of the six counts.

Giesbrecht’s lawyer, Greg Brodsky, had appealed both the conviction and the sentence, saying Giesbrecht was not hiding or disposing of the remains but saving them.

The remains were found by U-haul workers in 2014 after Giesbrecht fell behind on her rental payments. She had previously stored at least some of the remains at another Winnipeg facility before moving them to the U-haul location.

Giesbrecht, 45, never testified and the trial never heard a motive for her actions. The remains were also too decomposed to determine how the babies died.

Crown attorney Jennifer Mann told court that Giesbrecht made “extensive efforts” to hide the remains and cover up any smell of decomposition.