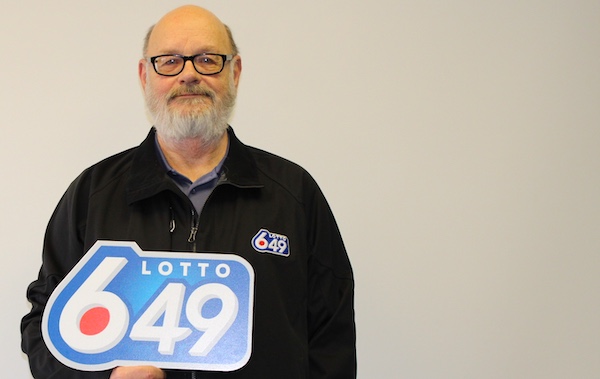 A Winnipeg man can now do whatever he wants when he wants, thanks to recently winning a $13.3 million Lotto 6/49 jackpot.

Murray Lewis discovered he won shortly after the February 27 draw, but took some time before coming forward to let the shock sink in.

“I woke up in the middle of the night, and I checked the numbers while I was up,” he said. “I couldn’t get back to sleep so I looked up the winning numbers.”

“I stared at the numbers in stunned silence for a couple of seconds; I couldn’t believe it — I was seeing my numbers!” he continued. “I didn’t sleep any more that night. I’m still waiting for it all to sink in.”

He says they aren’t exactly special numbers, but come from when he worked in quality assurance.

“I took my approval stamp number and some of the other guys’ numbers and started using them for Lotto 6/49.”

Lewis plans to use his winnings to take golfing trips, including an already planned vacation to Myrtle Beach, where he recently splurged on some new irons for the trip.

“Being able to do whatever I want, whenever I want, is a dream come true,” he said. “I don’t need anything fancy; taking care of my family and being worry-free is good enough for me.”

The winning ticket was purchased at PharmaPlus located at 963 Henderson Highway.