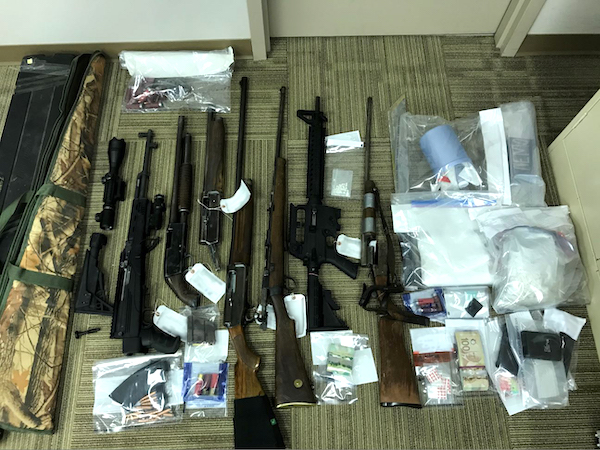 RCMP seized a quantity of drugs and weapons from an Oakbank residence on April 3. (RCMP HANDOUT)

Manitoba RCMP made a large weapons and drugs seizure last week in Oakbank, arresting eight people as part of the investigation.

Police executed a search warrant at a home on Main Street on April 3, where they found methamphetamine, cocaine and fentanyl, as well as numerous firearms including two assault rifles with ammunition and high-capacity magazines.

Five men and three women were arrested and charged with various weapons and drug-related offences.

Four of the suspects remain in custody, while the others were released to appear in Winnipeg court at a later date.