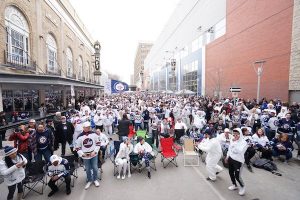 A sea of white will cover downtown Winnipeg tonight as the Jets open the first round of the Stanley Cup Playoffs at Bell MTS Place.

The St. Louis Blues are in town for a 7 p.m. puck drop and excitement is building throughout the city.

Gates to the #WPGWhiteout Street Party open at 5 p.m. and tickets are $5 through Ticketmaster. All proceeds are being donated to United Way Winnipeg.

For more information on the street parties, visit economicdevelopmentwinnipeg.com or see the map below.

The Jets and Blues face each other again Friday in Game 2. Puck drop is at the later time of 8:30 p.m. due to television scheduling. Gates to the street party open at 6:30 p.m. that night. 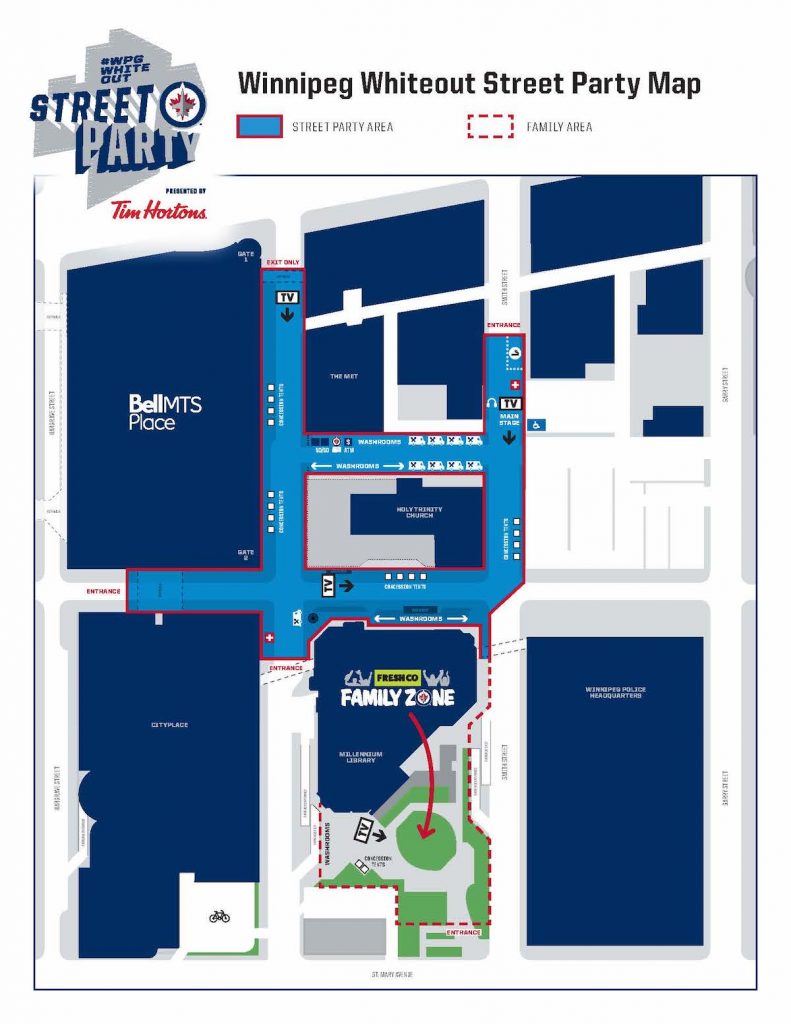