Manitoba Politician Hopes to Leave Legislature for House of Commons 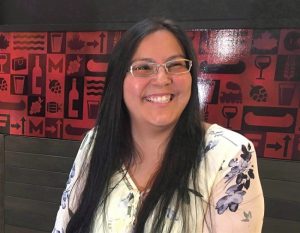 Judy Klassen speaks during a media availability in Winnipeg on Tuesday, July 11, 2017. (THE CANADIAN PRESS/Steve Lambert)

WINNIPEG — A Manitoba Liberal is hoping to leave her seat in the provincial legislature for one in the House of Commons.

Judy Klassen is seeking the federal Liberal nomination in Churchill-Keewatinook Aski, which has been held by New Democrat Niki Ashton since 2008. Klassen’s provincial constituency of Keewatinook covers a portion of the northern Manitoba federal riding.

“The investments that the federal government has made in the north have really greatly impacted my communities and I want to ensure that continues,” Klassen said Thursday. She pointed to new schools in First Nations communities and a rescue package for the rail line to Churchill, a town with no road access to the outside world.

Klassen’s potential move could put into question the Manitoba Liberal Party’s status in the legislature. The Liberals have four seats, the minimum required for official party status, which brings funding for staff and guaranteed time in question period and on committees.

Klassen said even if she wins the federal nomination, she plans to hang on to her provincial seat until the campaign for the Oct. 21 federal election gets underway.

She also plans to be renominated as the Liberal candidate in her constituency at an April 24 party meeting. There are no challengers at this time.

Manitoba Premier Brian Pallister has hinted for months he may call an election this year in advance of the scheduled date of Oct. 6, 2020.

With the timing of the provincial vote up in the air, Klassen suggested she can serve both as a provincial politician and prospective federal candidate at the same time.

“We’re going to wait until Pallister calls the election and then we’ll dive into that issue.”

Manitoba Liberal Leader Dougald Lamont said he supports Klassen’s move and is not concerned that she may be nominated at both levels at the same time.

“Because we don’t actually know when the provincial election is going to be, we’re going to have to see what happens when it happens,” he said.

Lamont also said he is not worried the provincial Liberals might lose official party status.

“We’re going to have official party status going into this (provincial) election, because I think there’s going to be an election this summer.”