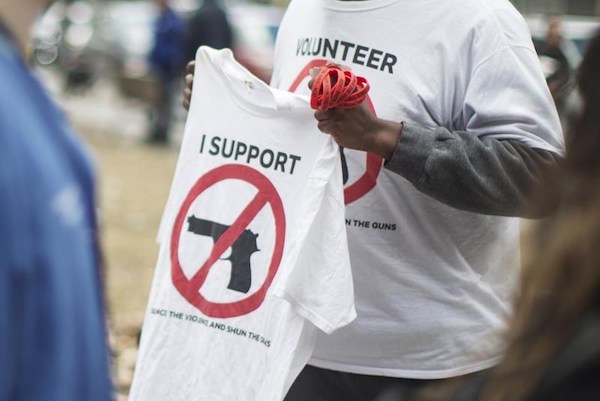 Physicians and health workers protesting in Toronto, walk past a volunteer from the anti-gun group “Silence the Violence and Shun the Guns,” on Wednesday, April 3, 2019. (THE CANADIAN PRESS/Chris Young)

The report released today says opinions expressed during in-person discussions and through written submissions both opposed and supported a ban.

In contrast, most people who responded to a questionnaire were against a ban.

The report says many participants felt strongly that a ban would target law-abiding owners, rather than illicit firearms, and would not reduce gang violence.

As a result, many called for beefing up police and border services, as well as harsher punishments for firearms trafficking and gun-related crime.