Home » Columns » Jackman-Atkinson: Too Much Power in Politics?

Jackman-Atkinson: Too Much Power in Politics? 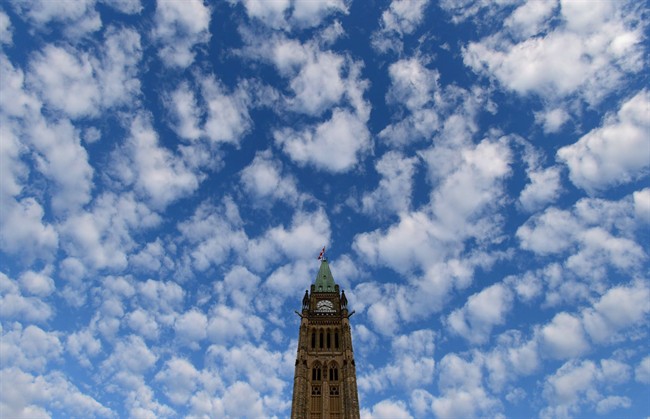 The Peace Tower is seen on Parliament Hill in Ottawa on November 5, 2013. (THE CANADIAN PRESS/Sean Kilpatrick)

Every four years or so, Canadians go to the polls to pick the representative they’ll send to Ottawa. Once there, voters expect their MPs will represent the constituency as part of either government or opposition. We’re usually happiest when our representative is part of the government, hoping they’ll be even more effective at taking care of our needs. The problem is that’s not entirely how it works in practice.

We elect an MP to serve us, but in effect, they serve the party. That’s because our parties are whipped, meaning that except for on rare occasions, representatives must vote with the party. This means that policy is effectively decided by the party leader and their, usually small, group of advisors.

The powers-that-be say this must be the case; in order to remain as government, a leader must keep the confidence of the majority of members of parliament. The easiest way to do this is to require members to vote with the party. If we didn’t have whipped votes, we would see more turn over in our governments.

At each vote, we see this played out, but there was a high profile example last week of just how far party discipline extends. On April 2, Prime Minister Justin Trudeau ejected two dissenting MPs from the Liberal Party. Cabinet ministers until recently, Jody Wilson-Raybould and Jane Philpott had been vocal in their opposition to the prime minister’s handling of the SNC-Lavalin affair. They were already out of cabinet, but being kicked out of the caucus means that they no longer represent the Liberal Party and can’t run under its banner in future elections, even if the Liberal riding association they represent wants them to.

But does it have to be this way? In a recent Winnipeg Free Press column, Royce Koop, head of the political studies department at the University of Manitoba, explained that Canada is unique among parliamentary democratic states in its rigid adherence to party discipline and punishment for those who go against the leader. He explained that in Australia, unlike Canada, it’s the party caucus that keeps the prime minister on a short leash. Since 2015, the governing Liberal Party of Australia has been through three prime ministers; Tony Abbott and Malcolm Turnbull led their parties to victory, yet were ousted by their MPs while sitting as prime minister. In the United Kingdom, eight government ministers recently voted against Prime Minister Theresa May’s Brexit deal, yet remain in cabinet.

Is it a quirk of our Canadian politeness? We don’t want to rock the boat, so we’re okay with a system in which few party leaders are challenged unless they have led the party to disastrous election results or are the subject of major scandals? Maybe we would benefit from prime ministers or premiers who feel less certain of their futures. Maybe parties too would benefit. After all, many parties find themselves ousted when voters feel they have become too stale and a shake-up of leadership could go a long way towards keeping a party responsive to the voters.

A less disciplined party system would also help better develop talent within a party. If MPs could vote based on their constituents’ wishes, they would have more incentive to understand complex issues and make connections with those outside the party. Not only would this result in policies more reflective of Canadians’ wishes, but it would also help MPs build the leadership skills and connections that would help them move towards leadership positions.

If prime ministers actually had to work to retain the confidence of their MPs, we would have less top-down governments — a charge levelled against Canadian governments of all stripes.

Sometimes, conflict is good, and in this case, our overly polite country could well benefit from a bit more civilized debate and disagreement.