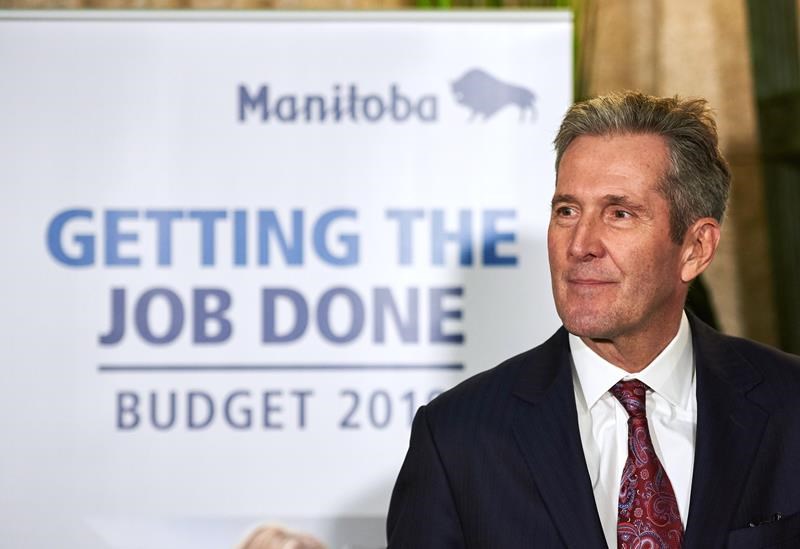 WINNIPEG — Manitoba’s governing Progressive Conservatives and the Opposition New Democrats reached a deal Wednesday to pass a budget bill that will cut the provincial sales tax.

The NDP has agreed to not use procedural rules in the legislature to delay the bill until the fall and will let it pass by June 3. The bill will cut the sales tax to seven per cent from eight as of July 1.

In exchange, the government has compromised on another section of the bill that would have eliminated rebates given to political parties and candidates for their election expenses.

Both sides claimed victory in the deal, which was hammered out in a closed-door meeting after weeks of debate and tactical manoeuvres in the legislature.

Premier Brian Pallister said despite the fact his Tories have a majority in the legislature there was some uncertainty over the bill’s future without the agreement. The tax cut was Pallister’s main campaign promise in the 2016 election.

“We said we would lower the (tax). We’re keeping our word, and that’s assured with the passage of this bill,” Pallister said.

NDP Leader Wab Kinew said getting the government to back down partially on its plan to eliminate campaign rebates will make elections more democratic, because low-income earners will be less likely to be left with huge debts after a campaign.

“Our concern with the bill … has always been on this change to election financing. We were concerned that that may scare some potential candidates from putting their names on the ballot,” Kinew said.

Liberal Leader Dougald Lamont said the NDP and Tories were in a “game of chicken” and that the Tories could have cut the sales tax on schedule, even if the bill was still before the legislature.

It’s common for governments to change levies on tobacco, fuel or other goods immediately on budget day, even though the budget may not be passed into law for weeks or months.

Lamont said the drama seems to be a prelude to a snap election call by Pallister, who has mused for months about possibly calling a vote well before the scheduled date of Oct. 6, 2020.

“He’s been trying to come up with a good, phoney reason to call an election and to put his opponents offside,” Lamont said.

“I think we’re going to have an election … called in June for July.”