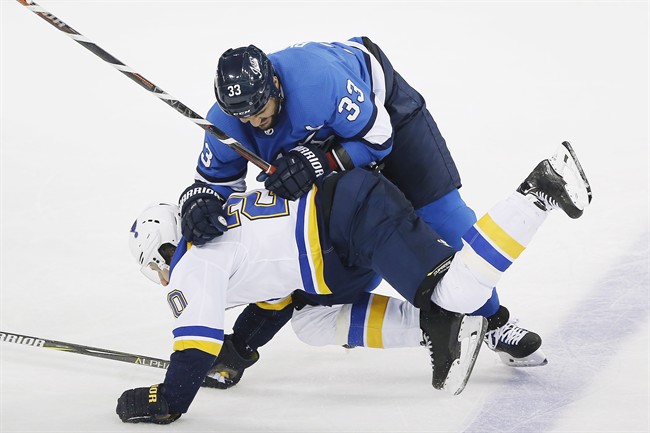 A new survey released Thursday confirmed what most hockey fans already know, Big Buff is kind of a big deal.

Probe Research found Byfuglien to be the most popular Jet, with 25 percent saying the blueliner is the top choice in their books, while 12 percent say he’s their second choice.

The results were released on the same day the Jets face the St. Louis Blues in Game 5 of the Stanley Cup Playoffs at Bell MTS Place (puck drop is 7:30 p.m.). The teams are tied 2-2 in the series.

Following Byfuglien in the poll, high-scoring centre and assistant captain Mark Scheifele emerges as the second-most popular Jet among Manitobans, with his linemate and team captain Blake Wheeler finishing a close third in the voting.

Probe Research also found 65 percent of those surveyed support public funds being used to support the Winnipeg Whiteout Street Parties. The support diminishes when you look outside of the team’s diehard fanbase.

“Nearly all Manitobans have an opinion about the players and care deeply about the team and its fortunes during this playoff run. These results show the extent to which the Jets have permeated into our daily lives and our province’s culture in a relatively short amount of time. No matter where you live and how much you care about hockey, it is hard to escape the impact of the Jets if you live here.”

See the complete survey below.