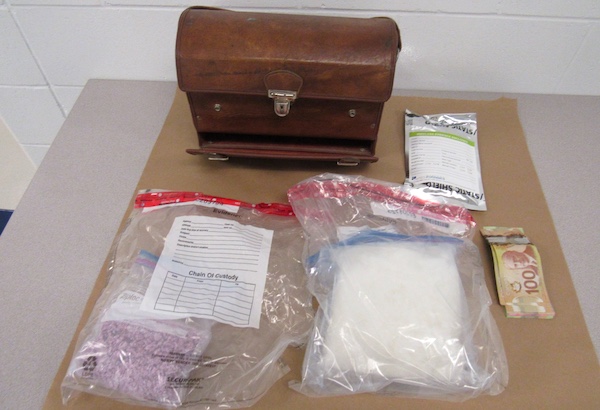 Drugs seized during a traffic stop in Brandon on Wednesday night. (BPS)

Officers stopped the vehicle at around 9:21 p.m. and found two large bags of drugs. One of them tested positive for crystal meth worth $100,000, while another was believed to be heroin mixed with fentanyl worth an estimated $150,000.

The 37-year-old Alberta man behind the wheel was also found to be carrying $2,610 in cash.

Police seized all items and remanded the man into custody. He was to appear in Brandon court on Thursday.